‘Do your duty’: Local military veteran Robert Smothers reflects on his years serving his country 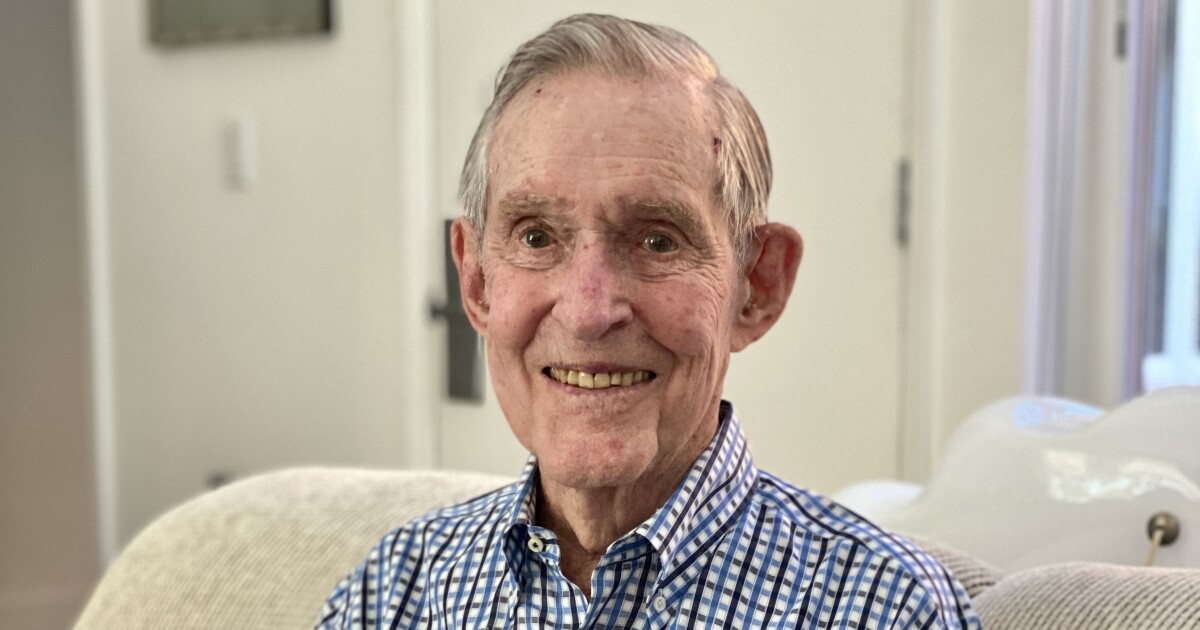 To further highlight his years of military service marked by medals and other things, retired Air Force officer Robert Smothers received the Korean War Medal and was declared an Official Ambassador of Peace.

“I was honored to receive the award,” said Smothers, a longtime La Jolla resident who last year moved to the Wesley Palms retirement community in Pacific Beach.

“It saved some people’s lives,” he said of the 101 air rescue missions he performed during the Korean War, and he was awarded a Silver Star for one of them. “We knew it was important.”

The Korean War medal is in a glass display case in Smothers’ living room, near a wall displaying 16 other medals, including the Silver Star and the French Legion of Honor, framed memorabilia the veteran collected during extended service in World War II, the Korean War and the Vietnam War.

Smothers earned undergraduate and graduate degrees in civil engineering from Stanford University between World War II and the Korean War.

Smothers said that after the Korean War, the Air Force offered him a regular commission, and he accepted. “Sometimes I say I decided I loved the Air Force more than working for a living,” he said.

Smothers served in Air Force Civil Engineering on many global assignments and served on the staff in Vietnam.

He said being in the Air Force was an “adventure.” “It really worked for me. It was a way of life that I enjoyed. I loved waking up every morning wondering what the day was going to bring.”

The biggest lesson you learned? “Just do your homework.”

After fully retiring, Smothers, who will turn 99 on December 2, has taken up writing and completing biographies of his parents, great-grandparents, his late second wife and current girlfriend with whom he enjoys dancing and traveling.

He thinks he may have inherited the interest in writing from his uncle who was a journalist. He said, “It runs in the family.”

He said he writes bios “so that family and friends have a record of these wonderful people.”

Smothers, who has been married twice and has a son and two daughters, has eight grandchildren and eight great-grandchildren scattered across the country.

He completed his autobiography and said he hoped anyone who reads it would learn the importance of “duty and honor to the fatherland.”

Although he feels like he’s “lived three or four lives,” the three wars he’s served in are “always special.”

Reviewing the medals, pictures, and certificates lining his wall, Smothers summed up his life: “So far, very well.” ◆