Pope Francis: Memories of the priest that baptised him 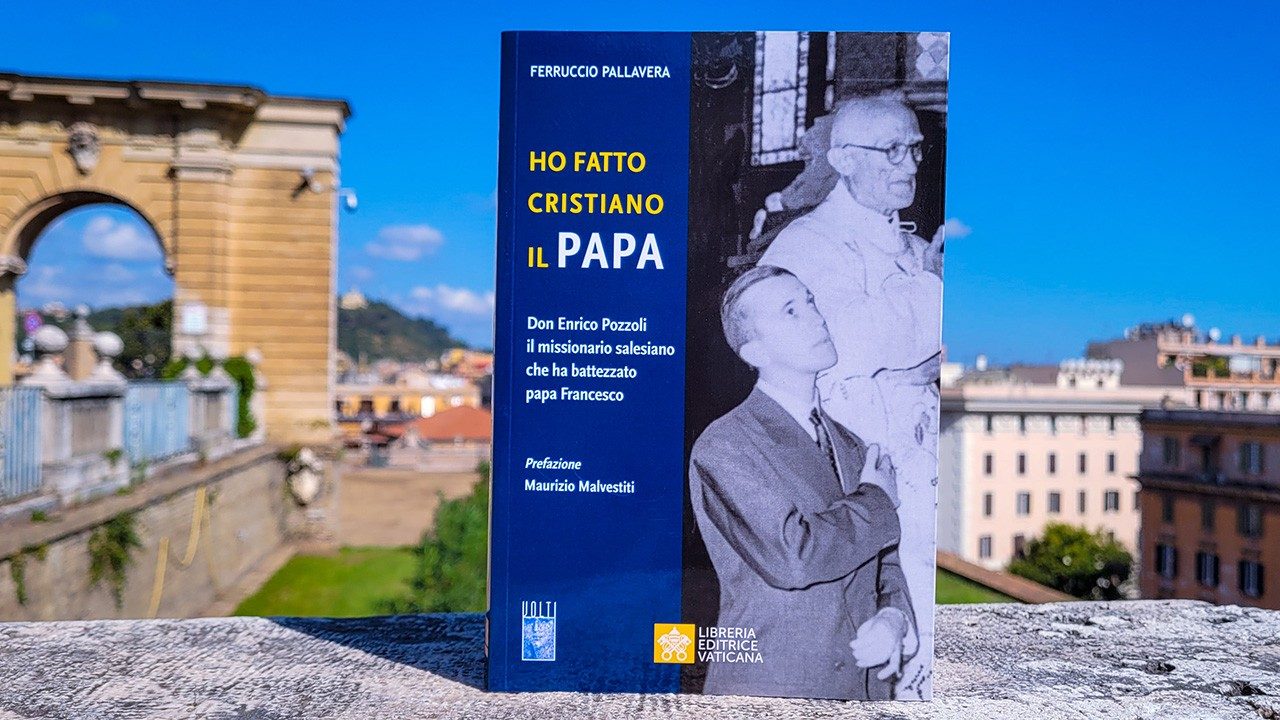 Vatican News presents excerpts from Pope Francis’ introduction to “Ho fatto cristiano il Papa” (“I made the Pope a Christian”), a biography of Don Enrico Pozzoli, the Salesian missionary who baptized Jorge Mario Bergoglio in Buenos Aires in 1936 and followed his vocation to the inception. The new book by Ferruccio Pallavera will be presented in several Italian cities over the next few days, with the first event taking place in Asti on November 10 at the City School.

he is [Fr Enrico Pozzoli] He was invited by all those who had a particular problem, sure that he would do anything in his power to help. People also turned to Father Pozzoli when they needed advice.

Father Pozzoli had a sense of reality. And when something unusual happened, he had a special way of expressing himself. He would raise his hand to the top of his head and scratch it with his five fingers, saying, “Canastus…!” This was the only sign of his impatience. He was a man of common sense, which he showed in many of the advice he gave people. For this reason, everyone was very much appreciated.

He spent hours upon hours in recognition and over the years became a reference point for all Salesians in Buenos Aires and surrounding communities. He did the same with many parishioners. He also went periodically to hear the confessions of the Sisters of Mary with the help of Christians. He was really a great identifier.

[After deciding to become a priest, the first person Jorge Mario Bergoglio told about his decision to enter the seminary was his father, in 1955]. I knew he would understand me more than my mother. In fact, he was instantly excited. My mother did not have the same reaction. She told me I would have to think long and hard before making that decision, that it would be best for me to finish college and graduate.

[Two years later, Bergoglio had a serious health problem] That was in August 1957. I started feeling tingling in my right lung. The pain did not stop. My health collapsed, they urgently took me to the hospital, I was so weak, that I could not stand, [and] They put me on a stretcher [he was in danger of dying of a lung infection, and doctors removed the upper part of his right lung].

[When Bergoglio told Pozzoli, a Salesian, that he intended to become a Jesuit]Father Pozzoli shared my decision and did not suggest that I join the Salesian rather than the Society of Jesus. He always respected my choice. He wasn’t the kind of priest who does guides. He asked and told me that the Jesuits would accept me into their institute in March. This was in November. He added that it was not appropriate for me to stay at home for those four months. I also needed to recover physically because the operation I underwent was very arduous. Therefore, he contacted his immediate superior, the Salesian Inspector in Buenos Aires, who explained to him my situation.

The biography of the Teacher of Faith Don Enrico Pozzoli, written by Ferruccio Palavera and published by Libreria Editrice Vaticana, will be presented on November 10, at 6 pm, in Asti in the presence of Bishop Marco Prastaro. A second event will be held in Rome on November 12 at the Pontifical Metropolitan University, at 6.30 pm. Cardinal Luis Antonio Tagli, Dean of the Congregation for the Evangelization of the Peoples, is expected to attend, along with Defense Minister Lorenzo Guerini; and Don Angel Fernandez Artem, President of the University of the Salesians. On November 14, the scene will move to Lombardy, with a presentation, at 3 pm, in the presence of Cardinal Leonardo Sandri, Prefect of the Congregation for the Oriental Churches, in the parish church of Sina Ludigiana. The last show will take place two days later in Lodi, in the Bishop’s Palace, where at 8.45 pm with the city’s bishop, Marizio Malvestetti, and the Director Osservatore RomanoAndrea Munda in attendance.