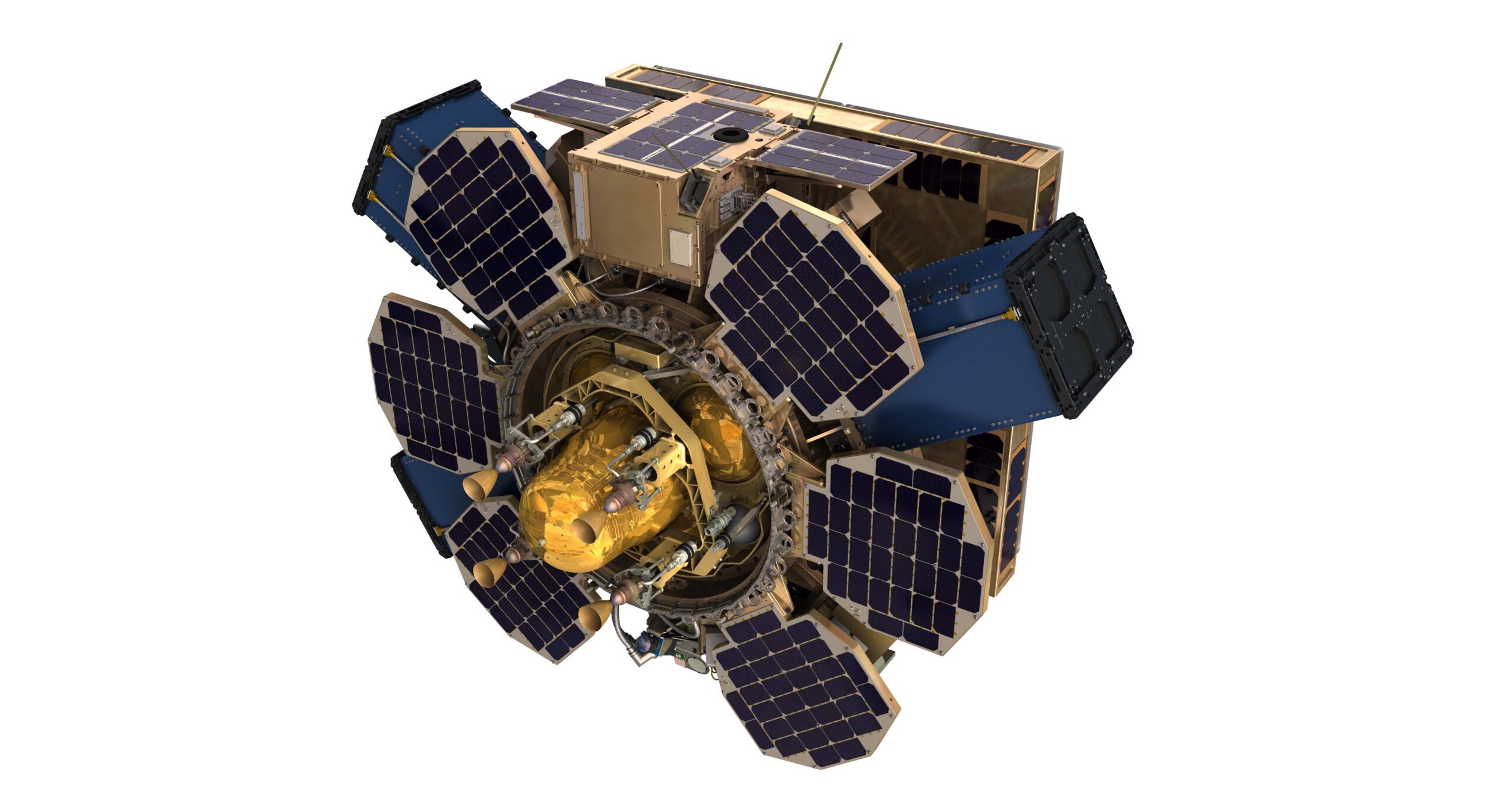 Tampa, Florida — Launch services provider Spaceflight announced plans on November 9 to deliver 13 payloads to customers across two distinct orbits for the first time next year with its new space locomotive.

Sherpa-LTC1, the first in Spaceflight’s line of chemical-propelled orbital transport vehicles (OTVs), aims to debut as part of the SpaceX Transporter-3 mission scheduled to launch no later than January 2022 from Cape Canaveral, Florida.

On a Spaceflight mission dubbed SXRS-6, the OTV will first place four small satellites and five cubes into the Sun Synchronous Orbit (SSO) at an altitude of 525 kilometers, after being deployed from SpaceX’s Falcon 9 rocket.

About a month later, after numerous commissioning and system tests, the Sherpa-LTC1 will use Benchmark Space Systems’ green two-way propulsion system to maneuver up to 500 km, where it will deploy the remaining four cubes.

NASA satellites are for the Space Agency’s Low Latitude Ionosphere/Atmosphere Density Enhancement (LLITED) mission, which will study the factors behind atmospheric resistance.

PSU’s OreSat0 will help test an open source platform developed by the Portland State Space Association, the first in a planned series of three satellites.

A total of eight organizations are preparing to launch on Sherpa-LTC1, including returning customers Capella Space, Umbra Space, Lynk Global and Kleos Space.

The Czech Center for Space Research, in partnership with Smallsat mission integrator, Spacemanic, and Space Products and Innovation (SPiN) are among Spaceflight’s new customers on the mission.

The SXRS-6 is set to celebrate the third time Spaceflight has launched a new class of Sherpa vehicles in 12 months.

Spaceflight launched its first Sherpa-NG (Next Generation) vehicle in January, the unthrusted Sherpa-FX1, as part of SpaceX’s Transporter-1 mission.

In June, the Sherpa-FX2, the first electric propulsion OTV, debuted aboard the SpaceX Transporter-2 mission.

The ability to provide a “last-kilometre delivery” of propellant space tugs opens up new market opportunities for expanding the small-satellite industry, according to Olcott.

“Each of our Sherpa launches this year increasingly brought vital knowledge that prepared us to launch Sherpa-LTC1 to carry out the first multi-destination mission in space,” he added in a statement.

“This landmark mission underscores our ability to provide customers with more customized launch options to achieve their mission goals and get them to their final destination, even when there are no launches that meet their initially identified mission needs.”

Spaceflight recently revealed a fourth version of Sherpa-NG called Sherpa-ES, designed for swing around the moon To deliver payloads in geostationary orbit (GEO).