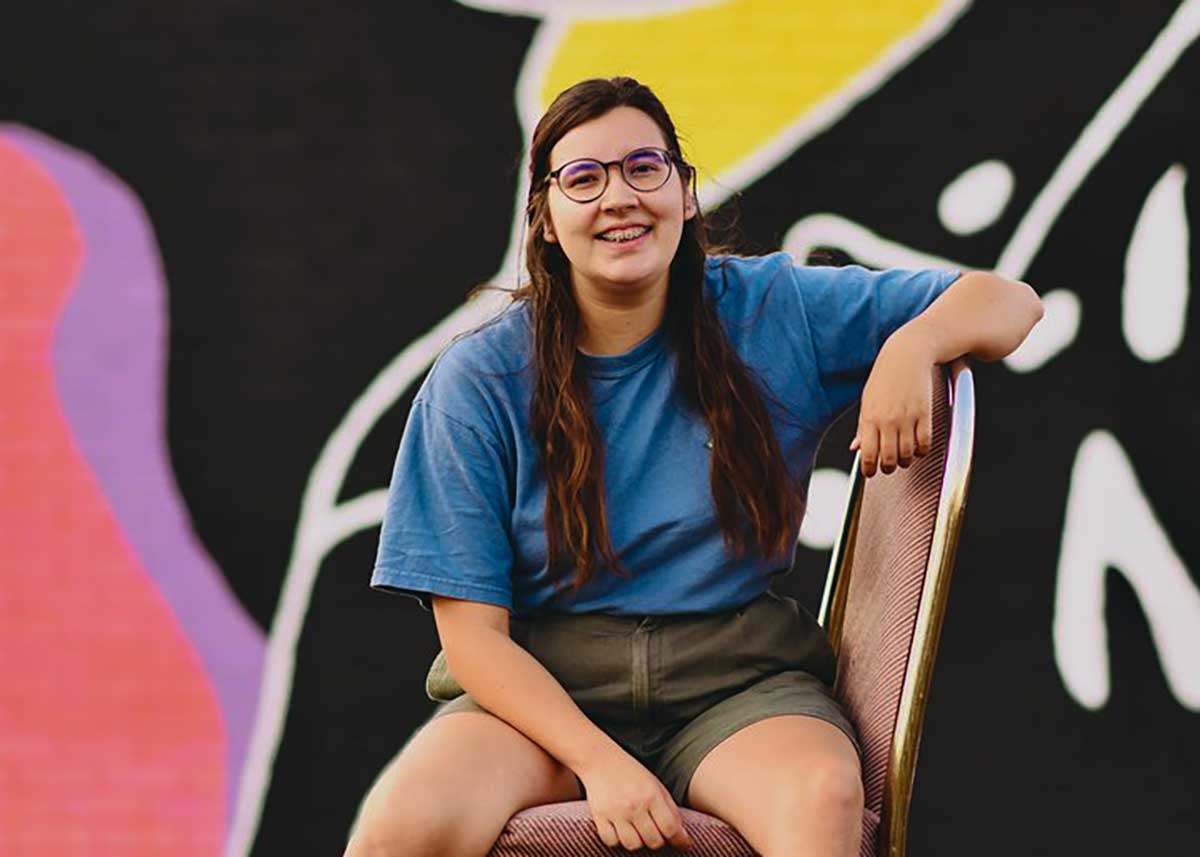 “I have been selected as one of seven people across Canada to receive the MusiCounts Accelerate Scholarship,” Ms Granville said when contacted by The Expositor last week. “I applied for this scholarship after being nominated by Inspire, you can only apply for the scholarship if you are nominated. I won a $5,000 scholarship and a three-week mentorship with industry mentors.”

“I grew up in Manitowening but my family is from Wiikwemkoong,” Ms Granville told The Expositor. “My dad is originally from the moss factory.”

Her MusiCounts portfolio explains, “Emily Granville is an Aboriginal student of Anishinaabek and Cree from the Wiikwemkoong Unceded District on Manitolin Island. Emily has spent recent years communicating more deeply with her culture, doing so in a way that is in keeping with her interests and music. She learned trumpet and piano while Being in high school and later attending the Cambrian College of Musical Performance, she chose to major in piano.While in Cambrian, she had many opportunities for local performance and also, as she described, “had the opportunity to learn pedagogical skills.”

“I attended primary school at Assiginack Public School (Manitowaning) and then Manitoulin High School (M’Chigeeng),” Ms Granville told The Expositor. “I wasn’t exposed to music much when I was growing up. There wasn’t a lot of music options on the island when I was growing up. But in high school I had a lot of help from my music teacher Chris Thijsmeyer. He’s the best. He encouraged and supported me and helped me prepare for it.”

In the ninth grade (at MSS), she played the trumpet and then took the piano as a high school student at Cambrian College and has been working on the piano for the past four years in school. I applied to take both instructions on both tools at Wilfrid Laurier.

After starting a music teaching business, Ms. Granville discovered her passion for music education, specifically through an Aboriginal perspective, and decided to continue her studies. Now in the Bachelor of Music program at Wilfrid Laurier University, she hopes to one day earn a master’s degree in musicology, and eventually a doctorate in indigenous music. Emily looks forward to reaching out to an Aboriginal guide for further guidance on how to successfully navigate the industry.

“I want to get a master’s degree in cultural music, and a doctorate in indigenous music,” Ms. Granville explained.

Ms. Granville hopes her story will inspire other young people in Manitolin to pursue arts and music. “As a teenager growing up in Manitoulin, I felt like there wasn’t enough exposure to music, especially within the indigenous community. The only option that seemed to me was skateboarding or hockey at the time but I wasn’t interested in sports, I was interested in music. I hope. To bring back what I have learned to the island and to make music choices more accessible to young people.”