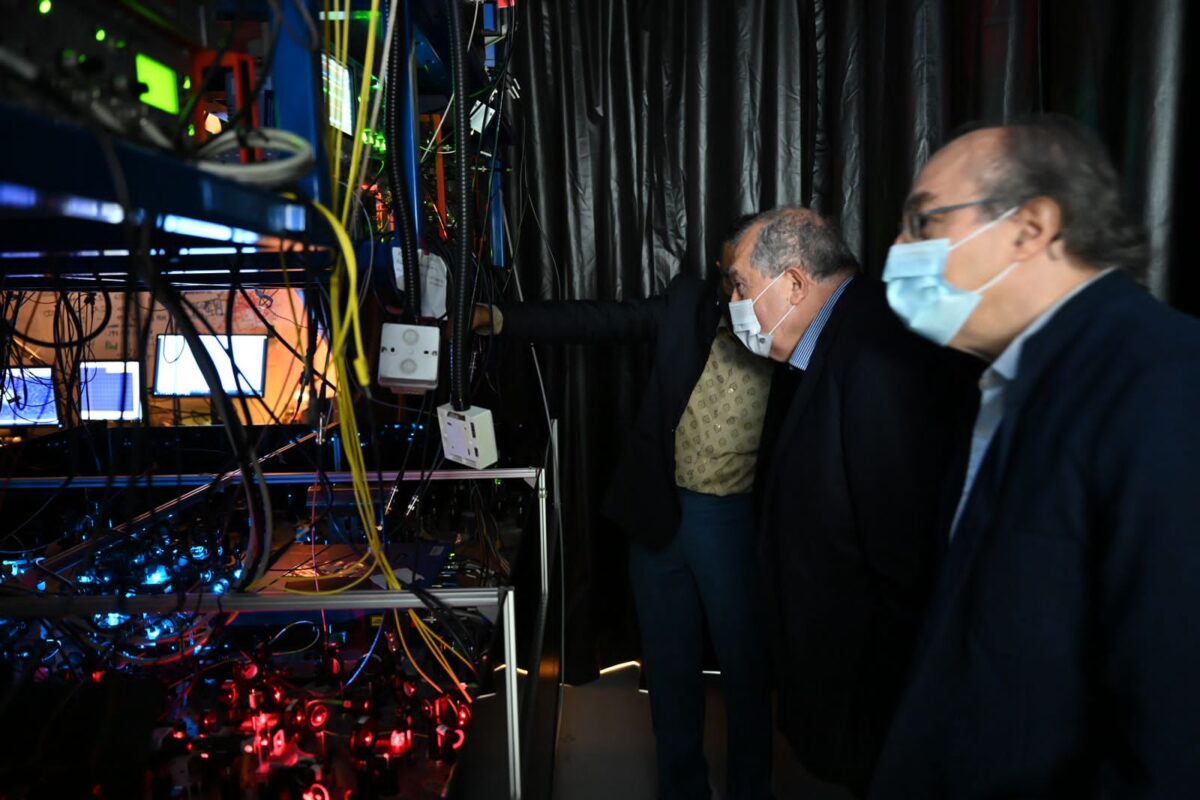 On November 19, President Armen Sarkissian visited the Quantum Technologies Center at the National University of Singapore, toured the center, and learned about the activities and programs.

The center was established in 2007 with the support of the National Research Foundation of Singapore and the Ministry of Education. As a leading research center, it brings together physicists, computer scientists, and engineers to conduct basic research in quantum physics and create equipment based on quantum phenomena. The world’s leading specialists were invited here.

They briefed President Sarkissian on the center’s activities and research taking place in various fields, including its application in medicine.

During the meeting, issues related to mutually beneficial cooperation were discussed, in particular referring to issues related to the exchange of experiences, the implementation of exchange programs for young professionals and scientists.

President Sarkissian presented the presidential ATOM (Advanced Tomorrow) initiative for the development of science and technology in Armenia, noting that as a future-oriented program, it will focus on the country’s scientific and technological development, in particular artificial intelligence and mathematical modeling. The president said that bearing in mind that Singapore has a well-developed quantitative ecosystem, they would be happy to have partners from Singapore as well. Representatives of Singaporean think tanks said that they are interested in cooperation and are ready to visit Armenia to study and discuss specific areas of joint work.

President Sarkissian also participated in the Forum of the International Council of the National University of Singapore (NUS Medicine) College of Medicine, where he spoke about the Armenian-Singaporean relations, the possibility of cooperation in the fields of science and education and the role of education and technology in the future development of the states.

Turning to the Armenian-Singaporean relations, the President of Armenia noted that Singapore is a special country for many Armenians, as Armenians had a large presence here.

Speaking about the similarities between Armenia and Singapore, President Sarkissian particularly noted that both peoples value education and science.

It is a good basis for the development of cooperation in the fields of education and science. The basis of a competitive state is competitive education. We must do everything in our country to develop education, science and high technologies. Armenia and Singapore can do a lot together. I want to make Armenia a science and technology center.”

The President of Armenia emphasized that Singapore is a good example for our country. “Not rich in natural resources, and being a small country, Singapore has human potential., strength of idea, vision, strategy. These are the things that created Singapore,” President Sarkissian said. I hope the strength of this idea will make my country strong and prosperous. I will be able to say We repeated the example of Singapore.”

‘Growing Up Karanth’: A powerful, beguiling biography of Shivram Karanth : The Tribune India