Numpty Dumpty – can new technology put the UK together again? 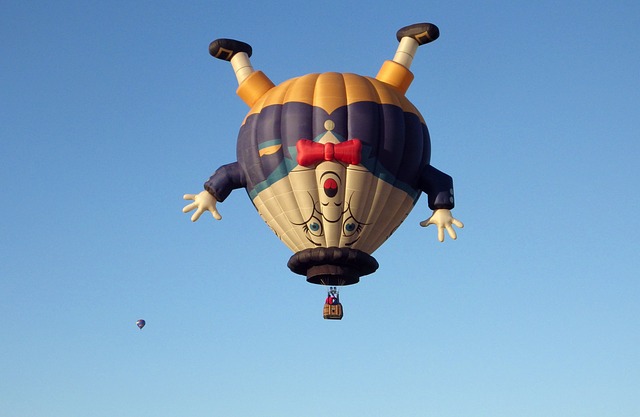 The UK’s data economy has grown at twice the rate of the national economy over the past decade, according to Stephen Almond, director of technology and innovation at the Information Commissioner’s Office (ICO). That’s good news, although the economic story of the past 10 years has been one of shaky recovery between two catastrophic slumps: the 4.1% slump in 2008-2009, and the 2020 crash of 9.8%.

Realizing the huge growth potential [of the digital economy] You’ll build on trust in technology, trust in innovative business models, and new ways of doing things. […] So how can we create this trust in new technology? At an ICO, this is something we think about very carefully: supporting innovators in the data economy to test and experiment with new ideas through our sandbox.

It is a worthwhile initiative. There’s more good news, Almond said: From 2018 to 2022, the volume of global data is expected to double, and then double again by 2025, so tapping into its economic potential is key to the nation’s future prosperity. Part of this process will be smart organization, which is the focus of the first conference session.

Leveraging the potential of data is one of the reasons the government’s stated desire to give the ICO more business, enabling the jurisdiction to play its primary role so far in citizen protection. However, this is a policy that appears to signal the beginnings of a planned shift away from the GDPR, which appears to run counter to any plan to generate public trust. Wasn’t the General Data Protection Regulation (GDPR) designed to protect us from the big tech companies?

So, will Britain exercise caution by liberalizing regulation to allow businesses to take advantage of the digital world, and focus less on protecting citizens’ data? If so, he urgently needs competent adults in the room, because Britain’s critical data sufficiency pact with the EU may be sacrificed along with the Northern Ireland Protocol, freedom of movement, research alliances, supply chains and other Victims of Number 10’s lack of strategy. Pre-thinking.

Does Downing Street no longer see regulation as an enabler of trade on mutually agreed terms, but as an obstacle to it? Does the prime minister even understand these issues, given that the UK supposedly left the EU to escape red tape, but has been mired in it ever since?

In this context, the online forum outlined how the UK aims to take advantage of new technology and booming data, following a spending review by Chancellor Rishi Sunak. While investing modestly in the future, Sunak has fallen back on some timescales to support the digital economy.

The keynote speaker was Simon Barnall, Program Director for Broadcast, Media and Game Technology at Ofcom. The communications regulator has found himself in a whirlwind of Westminster recently, as debate rages on over who should head it. It could be argued that former Postmaster Paul Dacre embodies the binary world, but only with on, off, on and off again as the No 10 favorite.

Parnall, who is also a conservative board member in leafy Surrey (most likely in his spare time), said:

It is not just businesses that need to evolve and adapt; We are regulators as well. We have to look very carefully at how we operate and, in particular, how we can work at a pace that keeps pace with the evolution of our stakeholders. Now more than ever, it’s important for us to work across disciplines, ensuring our technologists work closely with our economists, our strategists, and of course our policy colleagues.

An important part of this is ensuring that we do not inadvertently impede the pace of innovation, and that our policies and regulations are appropriately robust in the face of technological change. But we have an increasing role in regulating innovation. This is to enable and encourage innovation, for the benefit of citizens and consumers – those two magic words.

But in this area in particular, our role is more on flexible regulation; It’s empowering, encouraging, and–that’s my favorite word–alert; Inform people of the way and encourage them to change. But so far, we’ve had an inside view that’s completely focused on innovation.

The message that this government sees the role of regulators as pushing the UK towards favorable conclusions that benefit business is clear as it seeks to deepen these organizations under the ministerial tail.

This has always been a tension in the role of regulators: on the one hand, they are an instrument for monitoring the implementation of policy goals, but on the other hand, they are supposed to be independent bodies with consumer protection competence. Arguably, the GDPR has sought to balance those competing priorities in law, but this administration is no fan.

A day in kindergarten

So how does Ofcom now see the interaction of the different elements of digital regulation – privacy, competition, online security, and other areas? How do you view the digital regulatory landscape? In short, how can a more coherent and coherent approach benefit the UK? Barnal said:

This is a really good question. One of the main things that we really need to do now is build much stronger links between our technologists and other colleagues who work in the organization, especially policy makers and economists, because this helps us understand how these parts fit together.

But then things turned weird. He completed:

I have a special passion for Humpty Dumpty. Humpty Dumpty, you know, in Alice in Wonderland–actually I think by looking glass–he said, “When I use a word, it means what I want it to mean.” And when we use a word a lot, like ‘algorithms’, it means different things to different regulators, because they have different applicability.

So, one of the things we try to do is make sure, when we get together [sic]We understand common themes, and we also understand our diversity. We can actually effectively build on that to get a more comprehensive picture of how all of these pieces fit together.

A passion for Humpty Dumpty? And aside from the baffling issue of what words mean what the policy maker wants (we have enough of that in the UK), not to mention regulators huddling together, someone urgently needs to explain to policy spokespeople that wanting to use childish metaphors is not. You don’t play well with adults.

From Boris Johnson’s fondness for the frog Kermit down, he fails to instill the sense of nostalgia, comfort, and stability they believe does. It just makes everyone feel like it’s the last day of class in a special kindergarten, but there’s no one left to pick up the kids.

But if you’re going to call out childhood characters in public discourse, at least make sure they’re not a gritty incompetence (as Kermit does) or that the only thing we know about them is that they had a major downfall, and no one can put them together again (Humpty Dumpty). In Brexit, these are not the metaphors we need. What next, baby hunter Chitty Chitty Bang Bang as an online safety model? Pinocchio as a model of honesty in public office?

So what does Barnall think will be the UK’s key transformative technology, the one that will enable it to seize the glamorous prize for digital success, rather than let it embrace the teddy bear of solace? He said:

I’d go for 5G, because one of the things we’re looking at is climate change. We also appreciate that technologies provide new and enabling opportunities for other sectors. For example, in power generation, connections that optimize grid usage are very important for load separation [protecting the power grid from blackout], and so on.

And [5G is also critical for] Agriculture, with the advent of mobile communications at the field level, while the ability to deliver real-time video communications allows drones to manage farming operations. 5G is going to play a very important role in all of this.

OK, but there is a small matter of supply chain challenges in the UK, which Barnall acknowledged in his presentation. Not all because of the perfect Brexit storm and pandemic turmoil; Some are leftovers from other political maneuvers, such as trade hostilities with China. And 5G is at the center of these. He said:

The government’s decision to limit the participation of some companies in telecommunication networks [a reference to Huawei] It led to further work to increase and diversify the supply of network equipment. UK operators have limited options when selecting equipment suppliers to set up the wireless portion of their mobile networks, known as the Wireless Access Network or RAN.

Let’s not beat the bush: when announcing the 2020 Directive to ban Huawei equipment from 5G networks in the UK by 2027, then-Digital Minister Oliver Dowden told Parliament the move would mean “a cumulative delay in implementing 5G by two to three years and costs up to 2 billion pounds sterling [$2.69 billion]How’s this to take advantage of the digital opportunity!

The government has published a plan to diversify the supply in the global telecom market to support existing suppliers, attract new suppliers to the UK market, and accelerate and deploy open interface solutions. We work with government, industry, and other stakeholders to improve diversity and encourage the development of open and interoperable ecosystems.

SONIC Labs (the Center for Open Intelligent Network Interoperability), based in London, and Broadband Labs not located in Brighton*, are part of the Government’s strategy, a Whitehall-funded program between Digital Catapult and Ofcom, overseen by DCMS. It aims to create a commercially neutral environment for evaluating a range of software-centric open networking technologies. Barnall said these will play a leading role in finding solutions to UK supply chain challenges.

Let’s hope SONIC isn’t similar to the hedgehog. But who can say anymore?

Welcome to the UK: an incubator for new ideas, innovations and the superpowers of science and technology? Or a room full of babies throwing toys from strollers? With this administration it is becoming increasingly difficult to find out.

*: Most of the city’s waterfront between Brighton and Hove lacks fiber/cable broadband and relies on old copper connections, as our writer can attest firsthand.