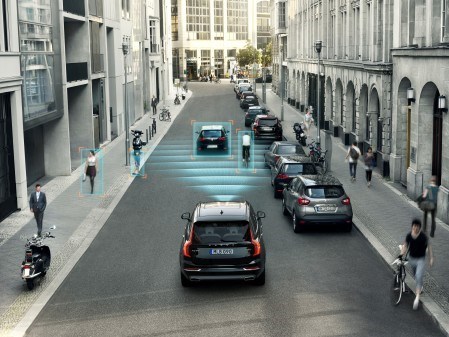 The Association of Automobile Manufacturers and Traders (SMMT) has published a series of “Guidelines” to prevent customer confusion about the “hands-free” driving capabilities of their vehicle.

Ahead of the expected arrival of Automated Lane Keeping Systems (ALKS) on UK motorways from 2022, SMMT has teamed up with the Center for Connected and Autonomous Vehicles to deliver the new guidance, which is recognized by industry, government and Advertising Standards Authority (ASA).

Among the initiative’s goals is to ensure that care buyers do not mislead or confuse them by characterizing systems that can partially control their vehicle, while making it clear that “the driver must be in control at all times.”

SMMT CEO Mike Howes said: “The UK is at the forefront of introducing motorized vehicles, which have huge potential to save lives, improve mobility for all and drive economic growth.

“It is imperative that this revolutionary technology be marketed accurately and responsibly, and we are pleased to bring together industry, government and other key stakeholders to develop a series of guidelines that will ensure consumers have clarity and confidence in their capabilities from the time these advanced vehicles first make their way into showrooms.”

Matthew Avery, Director of Research at Thatcham Research said: “These guidelines are a milestone in ensuring that there is no confusion about the capabilities of future driver assistance and automated systems, as well as the responsibilities of the drivers who use them.

We have long advocated consistency in terminology. There are two clear cases – either the vehicle is assisted by a technology-assisted driver or automated where technology effectively and safely replaces the driver.

“We are now urging manufacturers to use simple marketing that does not exaggerate functionality and the key is that it is delivered consistently across all marketing materials, as well as through effective agent education, subsequent conversations and interaction with consumers.”

Earlier this year, AM featured a “guest opinion” feature written by ICDP Director General Steve Young, in which he warned of the potential risks posed by government approval of ALKS on UK roads.

Confusion over the system’s capabilities could lead to a “potentially chaotic situation where the end result could turn out to be the exact opposite of what was targeted – more accidents, more injuries and potential arguments over responsibility,” he wrote.

The SMMT guidelines state the following:

Transport Minister Trudy Harrison said: “Autonomous vehicles have the potential to make journeys safer, greener and more accessible for everyone, which is why we want to make the UK the best place to experiment, develop and deploy technology, to make sure we are among the first to recognize its benefits.

“It is essential that industry and stakeholders are clear about their responsibilities and developed in partnership with government, car and road safety groups, the SMMT Guidelines are an important step to promote the safe use of automated technologies in the UK.”

How to seamlessly marry technology and customer functions in B2C companies