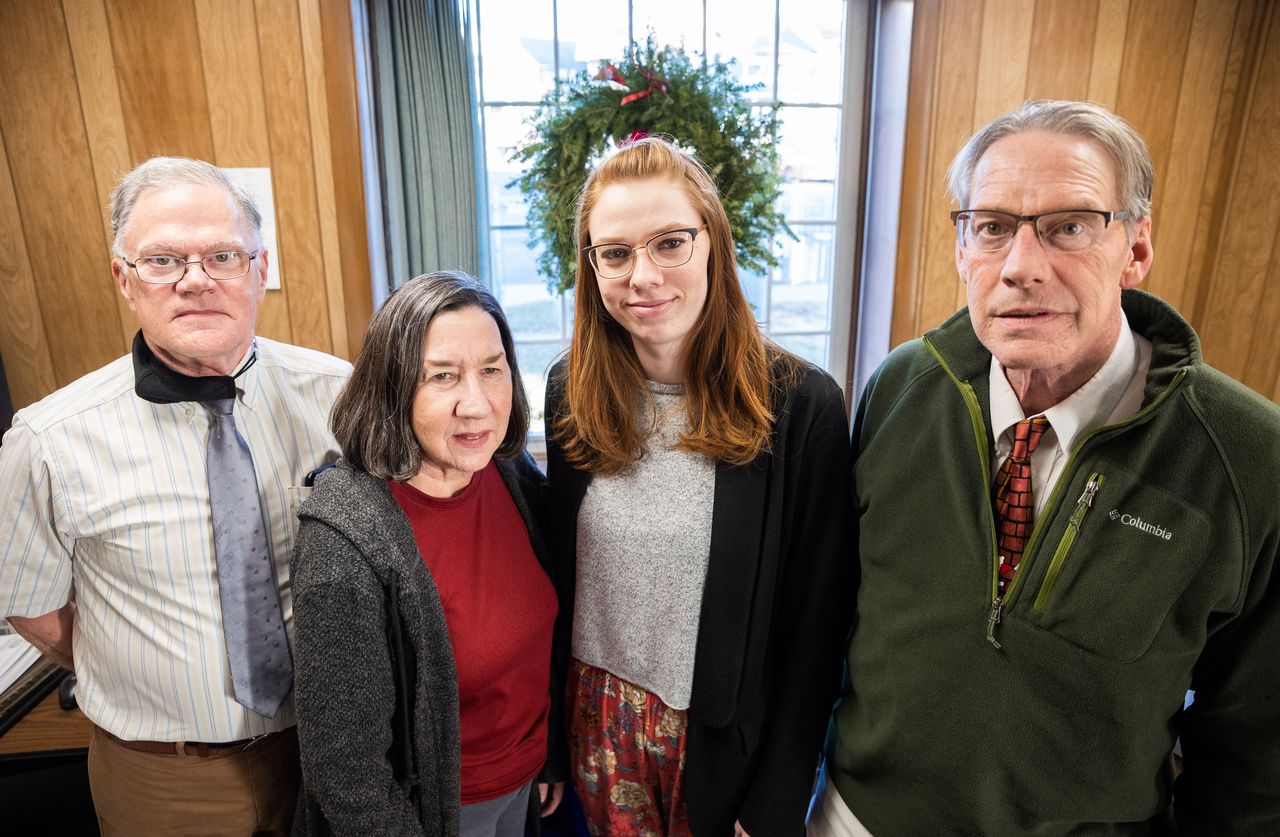 For David F. Matthews, Christmas is a time of faith.

in faith. in the People. Even in Santa Claus.

“I tell people, I just feel like you don’t believe in Santa Claus,” said Matthews, owner of the Sullivan Agency, Keating & Moran Insurance in Springfield. The agency has been serving clients from its Liberty Street location since 1967, about 12 years after William Sullivan and Edward J. Keating started the job.

Matthews’ deep faith, religious convictions and generosity are manifested in many ways, among them the agency’s annual donation to the Toy for Joy campaign that brings gifts and Christmas cheers to children and families across Hampden, Hampshire and Franklin counties. Children who will be left out of the pure joy of the season, due to circumstances beyond their control, can participate in the spirit of the season through this campaign and those who donate to it.

For Matthews, the spiritual element of the season is not overlooked or underestimated. He has taught Confraternity Christian Faith lessons in his church for 20 years, and he practices what he preaches.

“People say to keep the faith. Don’t keep it, spread it,” Matthews says, and he believes in doing it by example.

“Christmas is the season of light, and Jesus was the light of the world. I don’t think that’s a coincidence,” he said.

And while Matthews shares his belief that “Jesus is the cause of the season,” he knows that those of other faiths are in spirit and spirit at this time of year, too. Matthews believes the Toy for Joy drive, now in its 99th year, is an expression of that belief and his way of lending a helping hand to others.

The Sullivan, Keating & Moran Insurance Agency has been involved in the campaign for more than 25 years. This year’s campaign goal is to raise $150,000 by Christmas Eve, with all proceeds going directly to toys, books and toys for children.

Toy for Joy is a collaborative effort by the Salvation Army with The Republican, El Pueblo Latino and MassLive, along with media partners Reminders Publishing and The Westfield News.

Pride Stores and Hampden County Sheriff Nicholas J. Cocchi are among the community partners supporting this year’s efforts. This marks Cocchi’s third year to help drive the holidays, while Pride stores have rallied their customers to support this effort for many years. Last year, Pride Stores donated $17,000 to the cause.

Pride is asking customers in its stores in western Massachusetts and northern Connecticut to contribute to Toy for Joy by purchasing $1, $5 or $10 donation cards.

Corporations, school groups, and civic organizations are among the annual contributors to the campaign. The donations, which are chronicled daily at The Republican and MassLive, go directly to the costs of games and books for children.

Each child will receive a book, a toy, and a toy or game-type game. Donations can be mailed with the coupon attached to The Republican, 1860 Main St., Springfield, MA 01103 or online at SalvationArmyMA.org/ToyForJoyDonation.

Here is a list of the most recent contributions:

In Memory of Betty Neylon $20

Molly and Bee remember their sister Cynthia with a $100 love

In Memory of My Father Audrey $25

In Memory of Robert A. Roberts $25

In Memory of Doris and David Grassi $20

In memory of Pepe and Fido at Christmas $100

So Thankful to Alaina, Aaron, Brady, Brett, and Jahviel $25

In memory of our parents Paige, Bill, Frank and Helen $25

Happy to help Santa from Ellie $250

In Memory of My Husband Dick by Jane $50

In memory of the Grammys. Love, Marisa $33

In memory of Ma and Daddy K., Mom and Dad B., Chassie, Ragz, Shy, Spanky, Tuney, Taste Tempter and Loony from LKB and SHB $20

What’s next for Cyber Insurance?