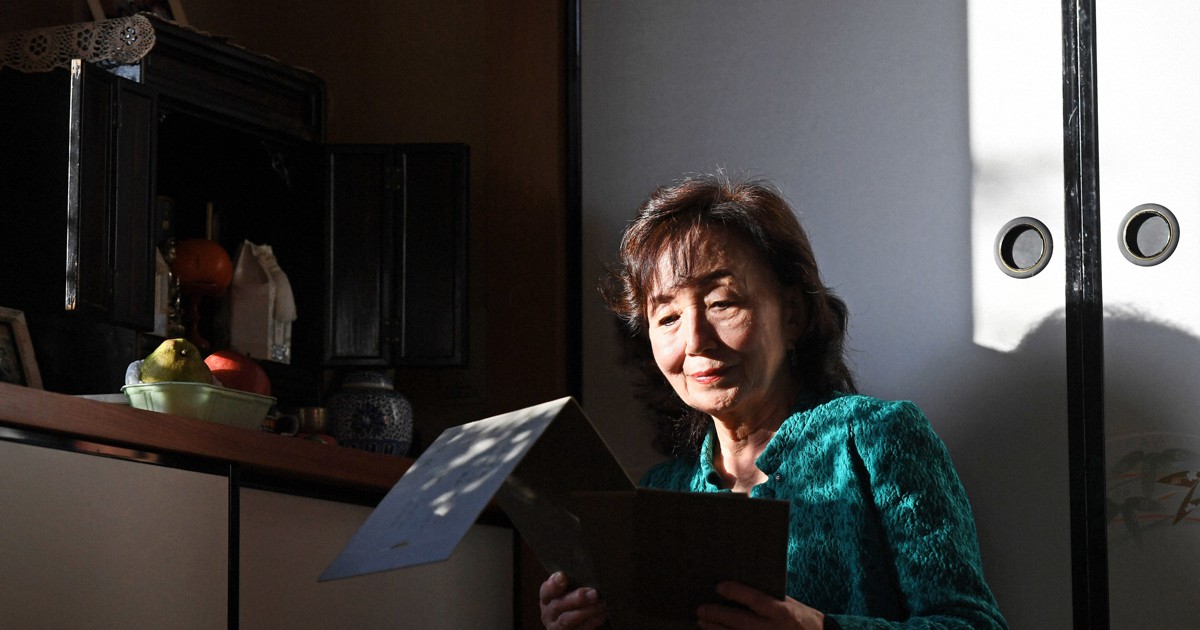 KYOTO – 21504. Kyoto Norma Nozaki, 82, Professor Emeritus of Kyoto Sangyo University, pointed to five numbers on a black box and said, “This number is assigned to my family.” She was referring to a time when, about 80 years ago during World War II, the United States government forcibly sent more than 120,000 Japanese Americans living on the West Coast to internment camps.

People of Japanese descent were considered “enemy aliens” and were arrested after the December 1941 attack by the Imperial Japanese Navy on Pearl Harbor, Hawaii, that led to the United States joining the war. Nozaki was among them. The trunk, which her father hastily bought and stuffed with a few belongings the family can bring to the camps, is still at her Kyoto home study. In mid-November, the Mainichi Shimbun sat down with Nozaki to reflect on the family’s experiences when their fates were greatly affected by their home countries.

Nozaki’s parents were second-generation Japanese Americans who ran strawberry farms in California. She was only two years old when the war between Japan and the United States began, and she does not remember its beginning. After the war she came to Japan with her parents and older brother, and returned to the United States alone in her third year of high school. “What camp were you in?” At first, she could not even comprehend the meaning of this question that was being asked a lot among Japanese Americans at the time.

She later settled in Japan, and in the 1970s began studying Japanese-American literature. Through frequent interviews with authors and other individuals, she began to feel even more strongly that she wanted to know her roots. Put her on a journey to trace her family’s history.

On December 8, 1941 (December 7 local time in Hawaii), the Imperial Japanese Army launched a surprise attack on Pearl Harbor. It was a Sunday in Hawaii and the rest of America, and Nozaki’s father Tsutomu Tanigawa, who died in 2011 at the age of 101, went out to see a movie. The rural area in which the family lived lacked access to information, and 32-year-old Tsutomu, who saw himself as an American, did not fear for his safety. But in February 1942, an executive order was issued authorizing the forced evacuation of Japanese Americans, radically changing the social climate. Her family was sent to a concentration camp in remote Utah. They set out without time to reap the ripe fruits of the farm, leaving behind the furniture.

The following year, US government questionnaires reached the concentration camps. Each contained dozens of questions, including two that present a difficult choice to second-generation Japanese Americans. One asked if the respondent was willing to serve in the U.S. military, the other if the individual swore unconditional loyalty to the United States and ceded allegiance or obedience to the Emperor of Japan.

Nozaki’s father answered “No” to the two while leaving a note on the questionnaire that he did not intend to confront the United States. Nozaki’s grandparents, the first generation of immigrants who came to the mainland United States after working in a sugarcane field in Hawaii, had returned to their hometown of Fukuoka Prefecture before the war. It seems that Nozaki’s father was worried about what might happen to his family in Japan if she came out of her renunciation of allegiance to the country.

Nozaki and her family were taken to a secluded shelter under tight control, and the family dispersed when Tsutomu was sent alone to a concentration camp primarily housing people considered particularly noisy. They are finally reunited on a ship bound for Japan, four months into the war. While Nozaki’s father loved the United States, he did not intend to live there again. His anger did not dissipate at the questions of loyalty and the attempts of the US government to compel individuals to comply with it by depriving them of their jobs and homes. He repeatedly said after the war that the questionnaire should have been conducted before people were placed in concentration camps.

In 1988, the United States government made an official apology recognizing that the forced detention of Japanese Americans was a form of racial discrimination. In 1992, Nozaki also received compensation checks and a letter of apology signed by then-US President George HW Bush. It is important that the government embraced this and said “serious injustices were committed”. “We’ve come to this point after a long history,” Nozaki said.

On September 11, Nozaki was in Los Angeles for work. Outside with friends, she saw what appeared to be expressions of patriotism, including American flags outside many homes and several vehicles with “I was in Pearl Harbor” stickers. Against this background, movements to ostracize the rooted population occurred in the Middle East, and during the post-9/11 era, it was Asian Americans who raised their voices in protest.

During the coronavirus pandemic, Asian Americans have suffered verbal and physical attacks based on unfounded prejudice. Discrimination and racism are endless, and Nozaki feels it is important to think again about the history of the United States’ incarceration of Japanese Americans.

“Ordinary people are completely deprived of liberty simply because of their race and nationality,” Nozaki said. “This story is not confined to the past.”