iProov snaps up $70M for its facial verification technology, already in use by Homeland Security, the NHS and others – TechCrunch 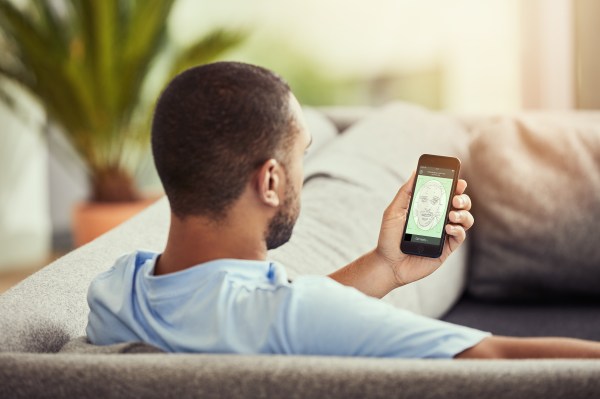 Biometrics, and specifically facial recognition, has seen an increase in use in the past several years, as a tool to help organizations digitally verify identities against the rising waves of fraud and cybercrime; And secondly as a way to help enable this process even more in our socially distancing times punctuated by pandemics. Today, a startup called iProov, which provides face authentication and verification technology to a number of governments and other large organizations — sparking some controversy in the process — is announcing $70 million in funding to maintain its growth momentum.

The funding comes from one investor, Sumeru Equity Partners from the Bay Area, who originally started life as part of Silver Lake before turning as a standalone operation in 2014. The valuation has not been disclosed, and the total has not been raised by the company yet.

London-based iProov has seen a lot of business so far in its home market of the UK and is now planning to use the capital specifically to continue building its presence in the US and other international markets where it is already starting to gain a foothold. iProov operates at the large enterprise level and its client base currently includes the US Department of Homeland Security, the UK Home Office and the National Health Services (NHS), the Australian Tax Office, GovTech Singapore, Rabobank and ING. iProov said 2021 was a bumper year for the company: It tripled its revenue over the previous year (although it doesn’t reveal how much it actually generated).

As a measure of how much and how iProov is used, the NHS says that as of September 2021, the use of the NHS app – which uses iProov to run face verification used to sign up for the app, which then lets you check and show your vaccination status; Book doctor appointments. rearranging prescriptions; View your medical records; get advice; And more — swelled to 16 million users, from just 4 million in May 2021 (now it’s January and there will likely be more).

To be clear, this isn’t facial recognition – which founder and CEO Andrew Badd describes as just a “commodity” these days – but the technology, sold as a true guarantee of existence and life assurance by iProov – that allows an organization to take a picture of an individual, verify it’s real vs. Another identifier and not a fake or other fake photo, and keep track of any transaction that takes place, all via cloud-based virtual mobile technology.

Its heyday last year would typically see iProov undergo over a million facial checks per day.

But this growth has not come without further scrutiny and controversial interest.

Critics have criticized iProov and the British government for the lack of transparency about how user data is handled in the photo capture and authentication process for biometric verification, particularly given that iProov is a private company working for a public organization; In connection with this, other ethical questions have been raised between the links between some of the startup’s early backers and the Conservative Party (which is currently in power in the UK).

As of this week (timed to coincide with funding news?) iProov is also the subject of a patent lawsuit from a US competitor called FaceTec, which claims iProov has copied parts of its technology and is asking for an injunction (something that might be deceptive as iProov increases its focus on United State).

Meanwhile, iProov was also involved in early work to see how and if the facial-verification technology could be applied in other use cases, such as trials to speed up Covid vaccination certification, another potential avenue for scrutiny.

In an interview, Bud was quick to counter the controversial currents that swirled around his company and the technology that made it.

On the issue of privacy and security, Bud is a veteran of the telecom and mobile world, initially as an engineer and then as CEO, who said his interest in biometrics arose after getting burned at his previous company, mBlox, where hackers exploited the company’s SMS infrastructure. They stole millions of dollars from customers.

This experience made him realize how important security had to be on the provider’s end, but as something that was easy for consumers to handle as well. “It should be very comprehensive and simple,” Budd said. “How can we guarantee that something like this never happens again? I had to solve this problem.” This, he said, is what prompted him to start looking at biometrics, which he believes is the best answer to that question. Since then, he has built his next company, which became iProov.

“These are fair questions,” he said in response to my raising the issue of privacy and data protection at iProov and its work with public and private organizations. “Privacy is very important to iProov and our systems are designed to protect users.” Everything is compliant with the General Data Protection Regulation (GDPR) or other government data protection rules regarding data and how or not it is used, he added, and the ways iProov uses to process user data are designed to keep customers and their identities safe from exposure. He also confirmed that none of the data passing through his system would be used for commercial purposes. iProov operates an anonymity policy or other personal information associated with any images, but stores the images, specifically to help track and block malicious actors and track anomalies.

On the subject of FaceTec’s patent infringement lawsuit, Bud dismissed it as “completely baseless”, with the spokesperson sending me a more complete statement after my interview (as well as asking us to keep that part out of the story completely…):

“All of our products have been developed in-house and are covered by granted patents. The charges we used [FaceTec] The technology in our products is completely unfounded, and iProov will take all appropriate measures to defend itself and its customers.”

And in terms of future applications, though, the UK government has yet to show its willingness to impose so-called ‘Covid passports’ on a large scale – where people have to provide a quick check of their vaccination status to get into events, public places, workplaces and more. Budd said the basics for this technology are already in place and a number of other customers are using it. This includes a recent launch of Eurostar (which runs a train under the English Channel between London and cities on the European continent) for travelers to authenticate their various credentials at home, to reduce the amount of stay time at check-in, which they can then simply walk in by showing their faces on the screen.

Bad said that facial biometrics will likely remain a mainstay for what iProov and others will develop in the future for these and similar use cases, although the company is also offering a palm-based identification method. In the first place, however, iProov and others will have to follow the lead of the organizations they work for: their technology will only be as useful as the vital information the original organization collects. (And these days, government-issued ID cards, along with photos, remain the primary source for that data.)

As we move more operations to digital and cloud-based platforms, finding more robust methods for verifying user identities, while avoiding the increasingly complex methods of fraudsters and malicious hackers, will remain a high priority. Investors seem willing to bet iProov is a strong player in keeping these services running as they should.

“We see iProov becoming the industry standard for proving the true existence of anything (person, document, etc.),” Kyle Ryland, managing partner at Sumeru, said in a statement to TechCrunch. “We hope that iProov will be used not only to speed up the process of digital setup and verification for both physical and online experiences, but also to replace the use of insecure passwords for frictionless authentication and more. We have a platform that is constantly learning and allowing us to stay ahead of emerging technologies and new security threats. “.