V.P. Singh’s biography is must-read for those interested in modern political history 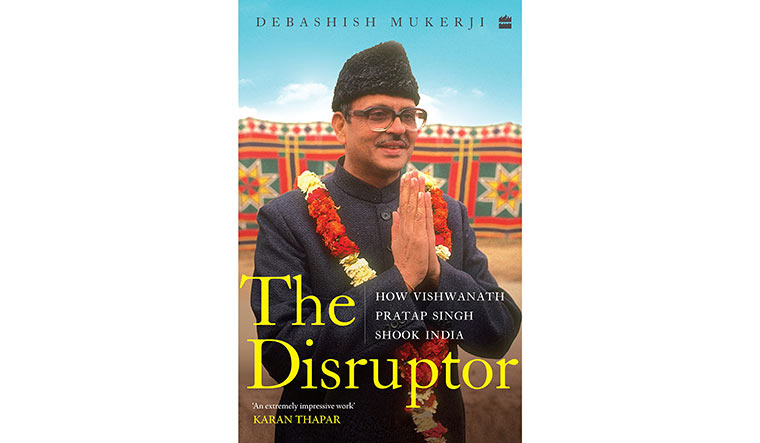 His reign began with one crisis, and ended with another – not personal or political, but national crises that changed not only Indian political discourse, but the political system itself.

The crisis that opened up VP Singh’s short-lived reign was the kidnapping of the daughter of the Union Home Minister by a group of Kashmiri militants. Until then, India had steadfastly refused to compromise with terrorism and blackmail. In fact, the Indian state gained muscle during the 1970s and into the 1980s, having divided Pakistan in two, defied the world with a nuclear test, avenged the murder of Ravindra Mahatri by hanging Maqbool Bhat, and twice sent the army to smoke. Militants from the Golden Temple intervened in the Maldives to bring back a deposed chief.

The kidnapping of spring and the way the vice president’s government dealt with the kidnappers changed all that. India suddenly began to appear not only weak but also lying down. Although the previous decade amounted to religious terrorism in Punjab, it remained largely a regional problem, and the state had only responded to the bullet. Now, the country is suddenly beginning to appear not only soft, but also spongy, and seeks compromises instead of solutions. Governance is beginning to look like attempts to defuse crises rather than follow policies. The VP’s tenure ended with an explosion of such a crisis at last when one of the coalition’s external supporters, the BJP, pulled the rug over the Ayodhya issue.

Nevertheless, it would seem incredible today that the man who presided over that weaker system also left some deep and constructive imprints on the political system and the way it is governed. As Minister of Commerce, he resumed trade with China that had been on hold since 1962. As Finance Minister, he boldly raided the heads of Indian companies, ordering a “private” investigation into an arms deal in which he knew his prime minister’s name would interfere. The Mandal Declaration, in which he offered a few thousand government jobs to the backward castes, created a new ruling elite through what he once described himself as the Mandal Raj.

In fact, he has even made some remarkable achievements in foreign policy – he has repaired the damage done to relations with Nepal during the time of Rajiv Gandhi; He masterfully moved four military divisions from the border of China to the border of Pakistan; He brought back the bleeding Indian army from Sri Lanka without losing much of its prestige; He oversaw the largest ever evacuation of civilians from a war zone. The massive airlift of Indians from Iraq and Kuwait is often compared to the Dunkirk evacuation during World War II.

The scope of this book is not limited to the prime ministerial tenure of the Vice President alone. This is a complete biography that traces an obscure political development from his semi-princely childhood through his electoral battles, his brief stints as Prime Minister of UP, in the ministries of Commerce, Finance and Defense, his premiership, and even his failure. The role of Rajuru in Janata Parivar in the late 1990s.

Written by veteran journalist Debashish Mukerji after extensive interviews with VP himself, as well as his close associates, relatives, friends and foes, the book chronicles all these decisions and developments in minute detail. The narrative is fast-paced and full of anecdotes. The political and humanitarian factors that were working behind the scenes were not only identified, but explained with empathy. At the same time, the author is also careful not to get carried away by this sympathy. A must read for anyone interested in the modern political history of India.

Perhaps there is only one mistake: the book is silent on the rise of Kanchi Ram and Bahujan Samaj in North Indian politics. This is surprising, given that it was the by-elections in Allahabad, where they fought among themselves, that proved to be the turning points in the political lives of both the Mandal messiah and the modern Bhujan messiah.