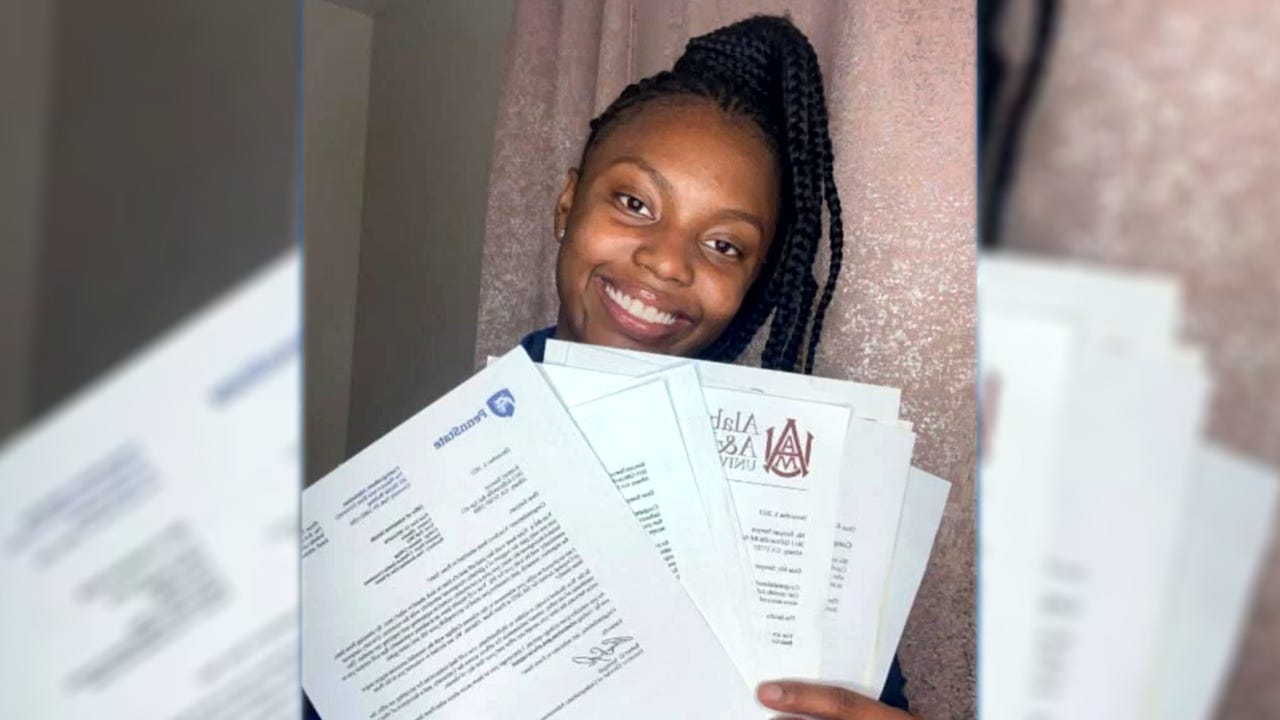 Georgia teen accepted into over 40 colleges

A Georgia teen has been accepted into over 40 colleges and earned thousands of scholarship money. FOX’s Sean Walker spoke to Kinyari Sawyer, who said her mother is her biggest inspiration for success.

Albany, J.A.; – A 17-year-old high school student in Georgia has applied to nearly 100 colleges and universities and been accepted into half of them — receiving more than $600,000 in scholarships.

Kinyari Sawyer, a student at Monroe Comprehensive High School in Albany, Georgia, said she began applying in August. She was accepted into 48 schools out of the 92 she applied to.

“My first two colleges I applied to were Cleveland and Mississippi, and I didn’t think I’d get accepted into those two colleges. Then I said, ‘Hey, this is the way it goes.'” It’s an easy process and it’s just starting from there,” Sawyer told FOX 31.

College application fees can increase, especially if a student applies to nearly 100 institutions. The average cost of an application in the United States is about $44, according to a study by US News. Sawyer told FOX 31 that she did not pay any fees due to application waivers, which are offered to eligible students based on financial need.

Many colleges urge any student who feels that paying the application fee may cause financial difficulty to request an exemption through the Common Application, a platform that helps simplify the process and is accepted by more than 900 schools.

Meanwhile, Sawyer is a dual enrolled student at Albany State University – taking several Advanced (AP) semesters – while also balancing football with her life outside of the classroom. She is the eldest of three children and said her mother, who was unable to attend university after pregnancy, is an inspiration to her for success.

“My mom is proud that I stopped her from going to college when she got pregnant with me,” Sawyer told the local news station. “And now that she saw me go out, doing something she wasn’t able to do, it made her proud.”

Sawyer said she hopes to attend one of her top five schools and study criminal justice in an effort to eventually become a lawyer.

“I want to go out, find my law firm, but first I want to work under someone’s supervision, until I feel like it and want to become a defense attorney, and then I continue to raise my rank,” he said.

The teen said her best advice to her classmates was “don’t be afraid and go for what you want”.

“Don’t be afraid and go for what you want. If you want it, go for it, and don’t let people talk about you. I said I can’t do it, but I can, and I will,” said Sawyer.

This story was reported from Cincinnati.