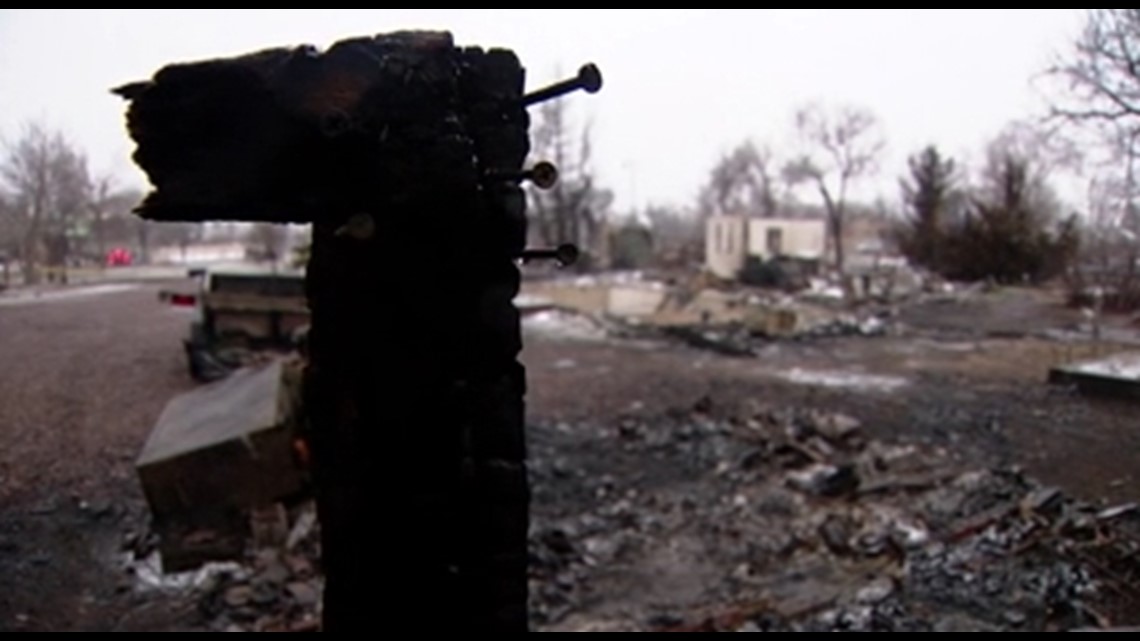 Two Colorado lawmakers began working on the bill after the East Troublesome fire burned more than 350 homes in Grand County.

DENVER — When people lose their home and everything they own, one thing they have to learn how to master is insurance claims, which is why two state lawmakers started working on a plan to make things easier after the East Troublesome Fire burned more than 350 homes in Grand County.

‘We heard people who submitted their inventory and the insurance company came back and said things to them like, ‘well, how much dog food did you have?’ and ‘when did you buy that dog food?’ said State Rep. Amabile. “This level of detail that seemed unnecessary to go back to people and make them wait so long.”

The bill would require insurers to pay policyholders 80 percent of their contents coverage without a detailed list.

“Right now, they have to give you 30 percent of the face value of your contents insurance,” she said. “The 80 percent is based on what we heard was an average of what companies pay out anyway.”

The bill would allow people to rebuild in a different location or use the proceeds to buy a new home that is already built. If passed, it would also extend how long insurers cover out-of-pocket living expenses while someone is displaced.

The amount of devastation in the suburbs of Boulder County after the Marshall Fire is far greater than what was lost after the East Troublesome Fire. The challenges with insurance, though, will be similar.

>> Video below: Man loses home to fire for third time

“I have seen neighbors have much more difficulties because of the underinsurance process,” said Bob Hunnes, who lost a home in Grand County.

Over a year later, he’s still dealing with claims to rebuild that home. In the best case scenario, he’s expecting the insurance company will cover 75 percent of the cost to rebuild his home while neighbors may only get 50 percent.

So far, Hunnes and his wife have received 50 percent of the proceeds for his dwelling. They also got a 30 percent payment for the contents.

Hunnes said he has not heard from anyone in his area who was insured enough to cover the whole replacement. He hopes to start rebuilding his home in June.

“The recovery process is a long process,” he said.

State Rep. Amabile said the bill would be introduced next week. It would take effect in June, and it won’t be retroactive. Even if it passes, it will not help families who lost a home in the Marshall Fire.