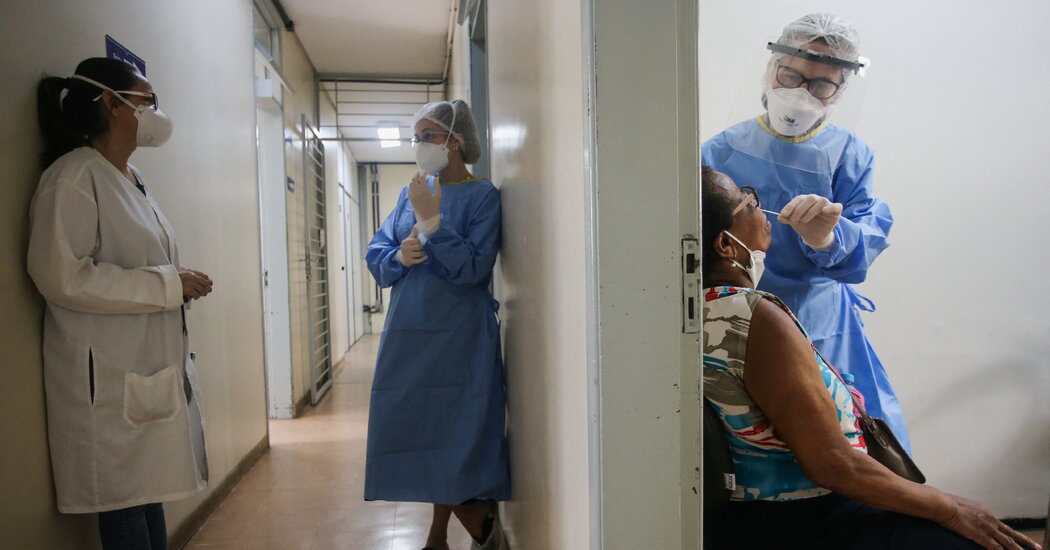 A coronavirus wave driven by the highly infectious Omicron variant wave may be cresting in parts of North America and Europe, but new cases are still climbing in less-vaccinated regions, and World Health Organization leaders warn that the global surge and the world’s wide vaccine gap could set the stage for another dangerous variant.

Maria Van Kerkhove, the agency’s Covid-19 technical lead, said in a livestream hosted on Tuesday that challenges existed in every country about reaching the most vulnerable unvaccinated communities.

“The fact remains that more than three billion people haven’t received their first dose yet, so we have a long way to go,” said Dr. Van Kerkhove, noting that about 21 million cases were reported to the agency last week. “There are many countries still in the middle of this Omicron wave.”

New daily cases remain at record highs globally, averaging about 3.3 million — an increase of more than 25 percent over two weeks and a staggering rise compared with a rate of about 600,000 a day in early December, according to a New York Times database that uses data from Johns Hopkins University. Cases have continued to rise in Latin America, the Middle East and Asia.

And Omicron is still spreading in Eastern and Central Europe, where vaccination rates are lagging.

The potential consequences of the vaccine gap have been underscored by Omicron, which was first identified in southern Africa. Low vaccination creates coverage conditions for widespread virus circulation and with that the possibility of new variants emerging.

Tedros Adhanom Ghebreyesus, the head of the WHO, said on Monday that the emergency phase of the pandemic was still very much here.

“It’s dangerous to assume that Omicron will be the last variant or that we are in the endgame,” Dr. Tedros said at an executive board meeting of the organization. “On the contrary, globally, the conditions are ideal for more variants to emerge.”

Dr. Hans Kluge, the director for the agency’s European region, said in a statement on Monday that it was too early for nations to drop their guard, with so many people unvaccinated around the world. But, he said, with more vaccination and natural immunity through infection, “Omicron offers plausible hope for stabilization and normalization.”

During Tuesday’s livestream, WHO officials again emphasized that the virus would continue to circulate and that Omic would not be the last variant. The next one would need to be even more contagious to overtake Omicron, Dr. Van Kerkhove said, adding that the “big question” was whether it would be more severe.

The agency said that without more equitable distribution and administration of vaccines, the pandemic would be prolonged.

Dr. Mike Ryan, the executive director of its Health Emergencies Program, said that the greatest failure with the world’s pandemic response has been “our inability to deliver these lifesaving tools to the people who will benefit the most.”

“We can have all the technology and innovation,” he said, “but if we don’t have the mechanisms for how the fruit of that innovation are going to be shared, then we fail.”