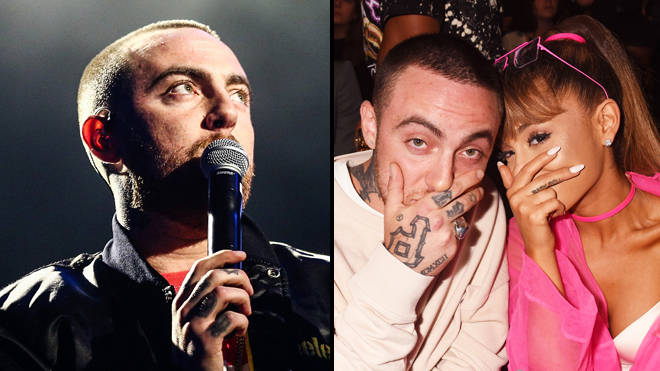 “I came to find out that it was a very loving relationship, very supportive and real in the time it existed.”

Fans of Mac Miller know that Ariana Grande cared deeply for the late rapper. Since his passing in 2018, Ariana has regularly paid tribute to her ex-boyfriend. Her music, concerts and work at large often contain touching nods to the beloved artist.

In Most Dope, members of Mac’s inner circle open up about his relationship with Ariana Grande and her influence on him.

READ MORE: Ariana Grande fans are “sobbing” over the Mac Miller tribute in her Fortnite concert

Speaking to Paul, Mac’s longtime DJ, Clockwork, explained that Ariana was a “huge reason why [Mac] stayed sober” when they were dating. He said: “Being with her made him wanna stay sober. He was taking everything very seriously; he was in love. We all knew that was good for him. When he was with her, he was completely one hundred percent sober.”

Mac’s regular producer Big Jerm also revealed that Ariana was consistently looking out for Mac and would text his friends whenever he would go MIA. Big Jerm said: “There would be times when Ariana would text me. She knew things from the drug stuff before. She was very protective of him in a loving way. She just wanted to make sure he was safe.”

Reflecting on Mac and Ariana’s relationship, Paul wrote: “I thought there would be a lot more salaciousness to Ariana and their romance. I came to find out that it was a very loving relationship, very supportive and real in the time it existed. She was really good to him and he was really good to her too. She was a stabilizing and positive influence.”

As for if Paul spoke to Ariana for the book, he wrote: “I tried, but I didn’t get too far. I think that experience with him was traumatic for her, as it would be for anyone. still is grappling with what happened.”

Ahead of the release of Most Dope, Mac’s family released a statement condemning Paul’s biography. They wrote: “This book is not authorized or endorsed by Malcolm’s family and has been written by a writer with whom Malcolm did not have a relationship. We urge those that wish to support Malcolm to abstain from purchasing this new book.”