Moving away from ‘draconian’ health measures, Navy is hoping to manage COVID-19 for long term 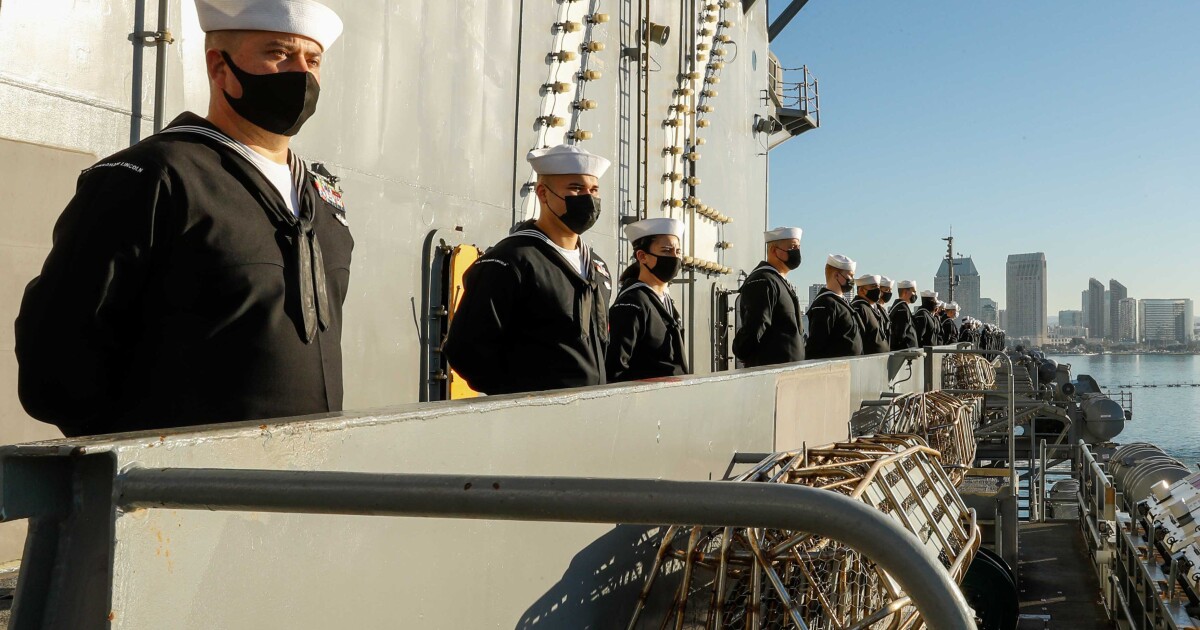 The Navy is trying to figure out what the “new normal” will be after two years of battling COVID-19.

In the early months of the epidemic, the Navy was surprised. In April 2020, it had to sideline USS Roosevelt in Guam for more than a month in an effort to stem the spread of the rapidly spreading COVID-19 on board.

In the end, more than a third of the sailors were injured. One sailor died on the carrier.

The Navy relieved Roosevelt’s commanding officer, Captain Brett Crozier, after a leaked letter complained that the Navy had not done enough to get sailors off the ship.

The situation has become a case study of how not to deal with COVID-19.

“Roosevelt’s condition was made considerably worse by the wounds inflicted by the Navy,” said Brad Martin, a retired naval captain now a researcher at the Rand Corporation.

Martin said the Navy underestimated the risks of COVID-19 and was slow to respond.

The situation improved as the epidemic progressed. Initially, the Navy enforced mask rules and began requiring sailors to spend time in isolation before boarding ships. Later, she declared that no sailor could propagate without vaccination.

As the aircraft carrier USS Lincoln was about to depart from San Diego in early January, the head of the strike group, Admiral GT Anderson, confirmed to reporters that the Navy was now working together.

“Honestly, we’ve learned a lot over the past two years,” Anderson said. “We feel in a good position because we are heavily vaccinated.”

Standards continued to evolve. In recent weeks, the Navy has relaxed some of the stricter policies put in place after the outbreak of the USS Roosevelt.

Among the recent changes: Sailors are now allowed to circulate even if they have active COVID-19 cases. Anderson said that the crew of the aircraft carrier Lincoln included 3,000 injured sailors.

“We have some positive cases within the striking group, but again we are very confident that we can carry out our mission safely and effectively,” he said.

The Navy also said that sailors only need to wear masks for the first 10 days they are on the ship or if a new COVID case appears on board. The sailors are no longer isolated before boarding the plane.

Vice Admiral William Myers, Vice President of Naval Operations, said, “We don’t shut them down for two weeks before they go to the pier. Those are all the monstrous things we’ve done up front. So we’ve learned over time, and I think the whole world has learned over time, maybe that’s less.” effectiveness “.

There is no end date for the latest set of rules, but Merz hopes the Navy won’t have to live with COVID-19 forever.

“Once you announce it’s endemic, you’ve kind of given up,” he said. “I think there’s still a lot of compelling evidence that you can manage this thing, and you can live without it if you apply all the tools out there.”

The Navy’s vaccination rate is 98%, but thousands of sailors have applied for exemptions from the vaccination mandate—many for religious reasons.

So far, the Navy has granted some medical waivers. No religious waivers were granted, although a federal judge prevented the Navy from taking action against 35 SEALs sued on religious grounds.

Martin, who wrote a paper on how the Navy handled the outbreak aboard the USS Roosevelt aircraft carrier, said the Navy has made progress in keeping sailors healthy. However, he wonders if commanders are placing too much emphasis on keeping ships at sea, even on non-essential missions.

“The Navy should seriously consider what is really a specific ‘must’ deployment and what can wait,” Martin said.

This story was produced by the American Homefront Project, a public media collaboration that reports on American military life and veterans. Funding comes from the Public Broadcasting Corporation.